WELCOME BACK TO THE BLOG, ISABO! :) 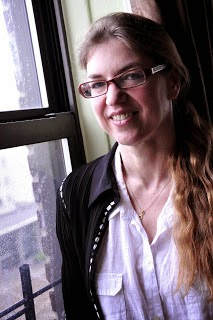 Her gypsy soul has taken her around the world, including Hawaii where she got her B.A. and worked with dolphins and Ireland where she got her Ph.D. in animal behavior watching deer. Now she’s a stay-at-home mom and a full time writer living in New York City with her brilliant Irish husband, her son and their mad dog.


Where to Find Isabo: 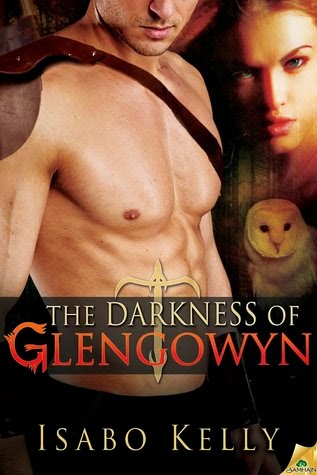 They’ll risk forever death for one last chance together…

Nuala of Glengowyn hasn’t left her home city in over a century, but not by choice. Her skill as a weapons master has made her a prisoner of her people. Held apart, protected in the extreme—until Sorcerers attack the human city of Sinnale.

Sent to supply her unique magical arrows to help the humans, she is far from free. The elf king and queen have sent a bodyguard, a fearsome warrior whose reputation has no rival. The only man she has ever wanted. Einar of Glengowyn.

Einar is known as a battle-crazed destroyer, so feared among elves he’s called by a single name: Darkness. And he has only one weakness—Nuala. Their union is forbidden, for melding their magics could destroy Nuala’s gifts. Yet as they journey to the war-torn city, no royal decree is a match for two hundred years of pent-up desire.

But even if they escape the war zone, their lives still hang in the balance. They must confront their sovereigns and prove love makes them stronger—or face their deaths.

Warning: This book contains a deadly elf hero, a heroine who’s his match, a lot of sexy misbehaving, some hard language, racing through the streets, owls, arrows, evil Sorcerers, wicked minions, and a very dangerous elf king and queen.

Author's Site
Add it on GoodReads! | Find the Series

If you recall, I interviewed Kelly last year -- find that fun post HERE!

I look forward to reading this one -- have you read Isabo Kelly before?

*TBQ's Book Palace is a member of both the Amazon and Barnes and Nobles affiliates program. By using the links provided to buy products from either website, I receive a very small percentage of the order. To read my full disclosure on the matter, please see this post!
The_Book_Queen at 12:00 AM
Share